Next month, the historic Dallas Municipal Building will reopen as the new home of UNT Dallas College of Law. The 105-year old building has been abandoned for years, but now after two years and $56 million of interior renovation, it’s ready. The renovation included preservation of the single cell block from what was once the Dallas County Jail, whose most notorious former resident was Lee Harvey Oswald. Oswald spent two days there, between the assassination of President Kennedy and his own murder by Jack Ruby. Plans for a museum in the building’s basement level, where Oswald was shot, are now in place. The SullivanPerkins connection to all of the above? It’s twofold. We created all branded materials for the 2014 inception of UNT Dallas College of Law – logo, website, all marketing materials, up to and including work previewing the law school’s move in the Dallas Municipal Building. And, a year earlier, we also handled branding and marketing communications for The 50th: Honoring the Memory of President John F. Kennedy, the city’s public commemoration of the assassination.
Read More at WFAA 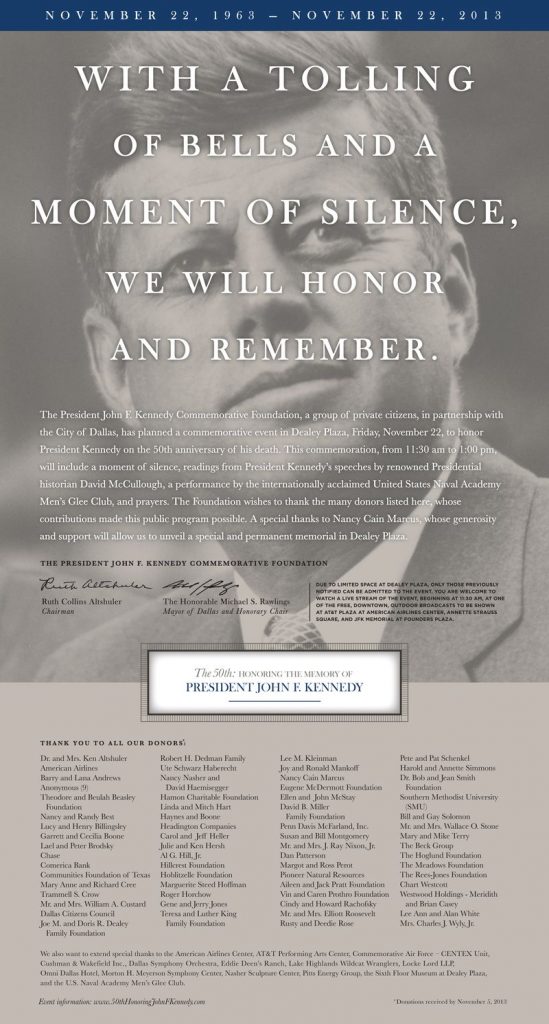